2 Americans captured by Russian-backed forces are back on US soil after their release – WSVN 7News | Miami News, Weather, Sports 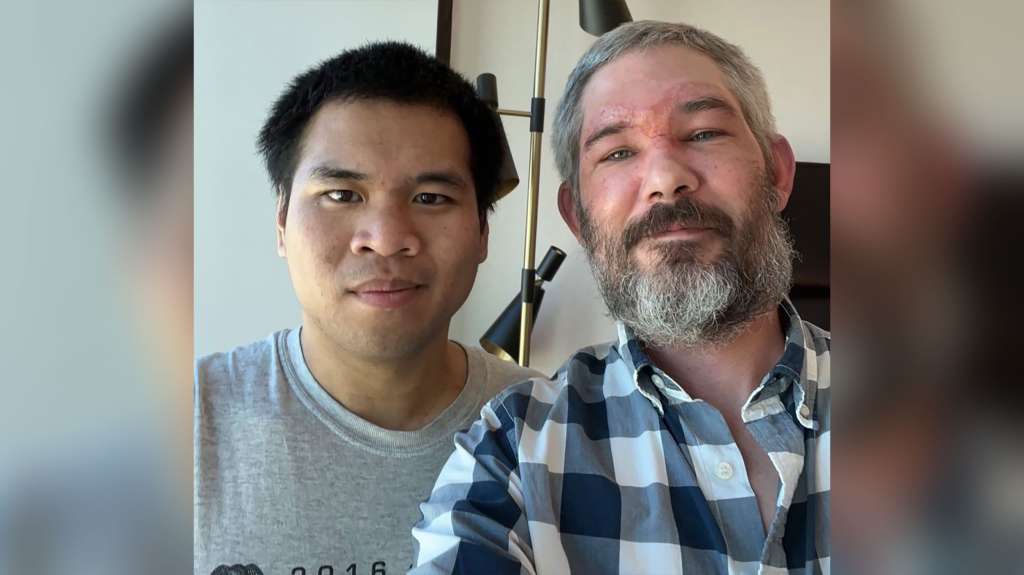 (CNN) — Two Americans who had been held by Russian-backed forces for more than three months were back on US soil Friday afternoon.

Americans Alexander John-Robert Drueke and Andy Tai Ngoc Huynh arrived in New York City after they were released earlier this week in a prisoner swap between Russia and Ukraine that was brokered by Saudi Arabia. Their families said they believe the men are in good health.

“We know that they are speaking, they are breathing, they are ambulatory, and they sound like themselves,” Darla Black, the mother of Huynh’s fiancée, told CNN on Friday.

The two men were captured in June while fighting for Ukraine in a battle near Kharkiv. Their pro-Russian captors, the so-called Donetsk People’s Republic (DPR), is a Russian-backed, self-declared republic that has governed a breakaway portion of Ukraine’s Donetsk region since 2014.

On Saturday, the two men arrived at the airport in Birmingham, Alabama, and were reunited with family and friends. Drueke hugged his aunt, Dianna Shaw, while Huynh hugged Black.

Drueke told CNN he was “very happy” to be home.

Drueke’s and Huynh’s families, CNN previously reported, had not spoken to the Alabama men during their months-long imprisonment until they got unexpected phone calls from the US Embassy in Saudi Arabia on Wednesday.

“I have your son standing right next to me,” Bunny Drueke recalled a woman from the US Embassy in Saudi Arabia telling her.

The families did not know the prisoner exchange was in the works.

“My mind just couldn’t comprehend it because there had been no warning. It just came out of the blue,” Drueke’s mother told CNN’s Anderson Cooper.

Huynh’s fianceé, Joy Black, told CNN’s Erin Burnett that Huynh requested spaghetti with meat — a meal he had been craving since being in Ukraine — as soon as he returns to Alabama.

Even after being captured, their families say the men had said they have no regrets about going over to fight with the Ukrainians.

“Alex told me emphatically no, no regret,” Drueke’s aunt told CNN. “They really want people to understand that Ukraine needs our support. They need the support of all democratic nations. They need democracies to come together and push (Russian President Vladimir) Putin back.”

Four Russian-occupied areas began voting Friday in referendums on joining Russia, according to their separatist leaders, in a move that raises the stakes of Moscow’s invasion. The referendums, which are illegal under international law and dismissed as a sham by Western governments and Kyiv, could pave the way for Russian annexation of the areas, allowing Moscow to frame the ongoing Ukrainian counteroffensive as an attack on Russia itself.

“The United States will never recognize Ukrainian territory as anything other than part of Ukraine. Russia’s referenda are a sham — a false pretext to try to annex parts of Ukraine by force in flagrant violation of international law, including the United Nations Charter,” Biden said in a statement.