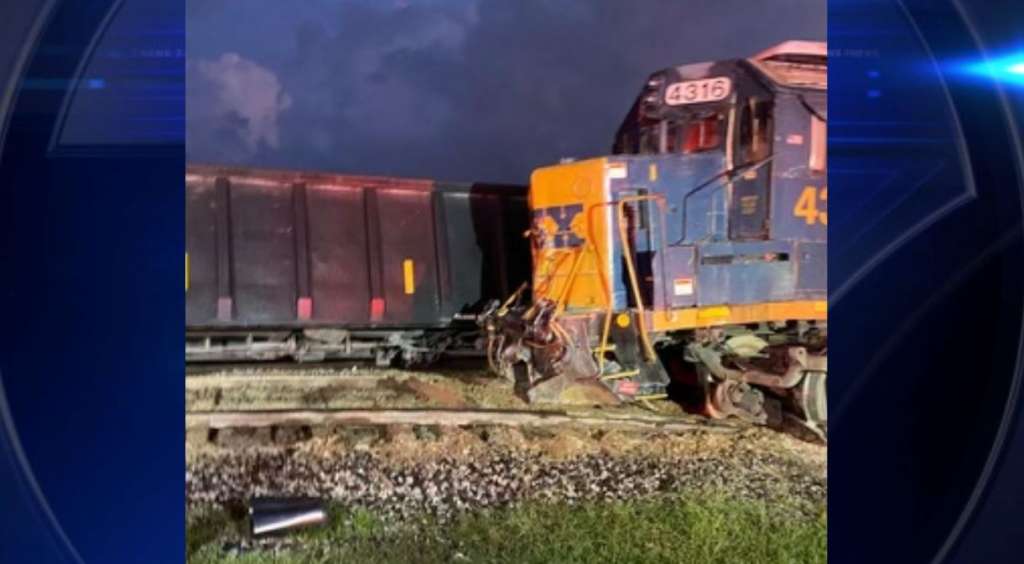 Miami-Dade Police and Fire Rescue units responded to the scene of the crash near Perimeter Road and Northwest 15th Street, Saturday night.

According to a Tri-Rail spokesperson, the two CSX trains crashed on an industrial track near outside the main line.

MDFR officials said the collision took place at around 7 p.m.

Paramedics transported the injured victims to area hospitals for treatment. The patients’ conditions are unknown.

Tri-Rail officials said one of the victims is a train crew member.

MDFR officials said the Miami-Dade County Department of Environmental Resources Management was notified about a fuel spill due to the crash.

Tri-Rail officials said hazmat crews have responded to the scene.

Since the crash took place outside the main line, it has not affected Tri-Rail’s train schedule.

Police said they have shut down the eastbound lanes of Perimeter Road between Northwest 57th Avenue and 15th Street.

Officials with MIA said there is currently no access to the airport through Perimeter Road. Drivers are advised to take the Dolphin Expressway as an alternate route.

Police have not provided further details about the collision, as they continue to investigate.