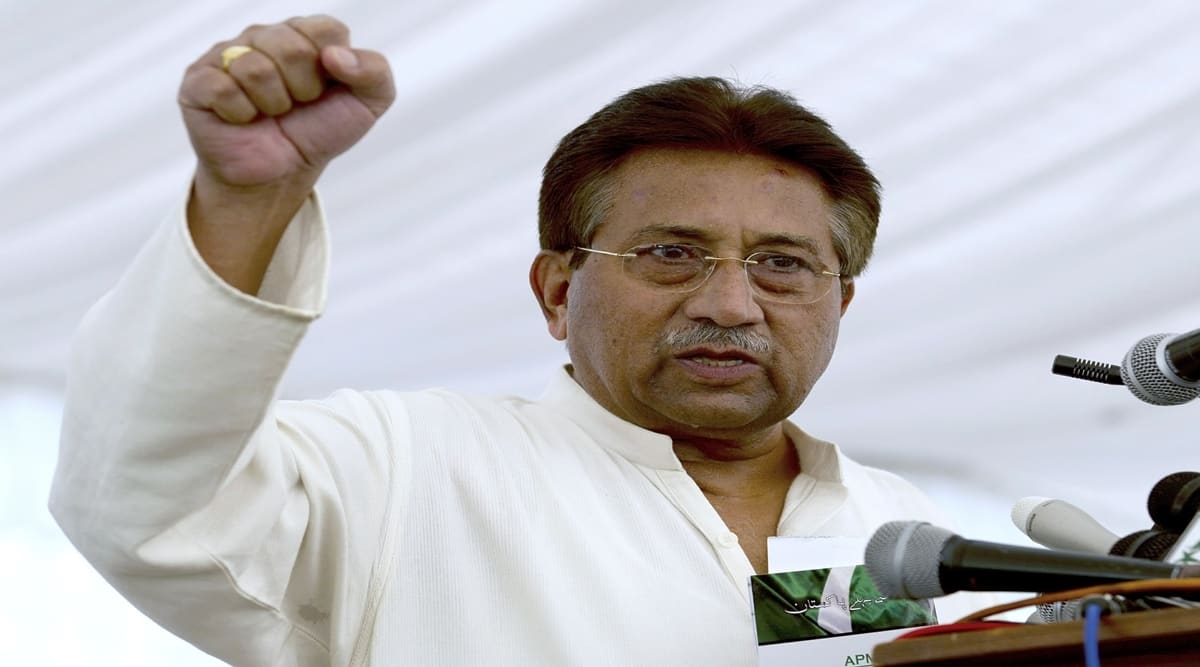 The family of former Pakistan President Pervez Musharraf on Friday said he had been hospitalised for three weeks after his condition worsened. In a statement on Musharraf’s official Twitter account, his family said he was dealing with Amyloidosis.

“He is not on the ventilator. Has been hospitalized for the last 3 weeks due to a complication of his ailment (Amyloidosis). Going through a difficult stage where recovery is not possible and organs are malfunctioning. Pray for ease in his daily living,” Musharraf’s family tweeted.

Amyloidosis is a group of rare, serious conditions caused by the build-up of amyloid, an abnormal protein, in tissues and organs, the UK’s National Health Service said. Amyloid deposits can build up in the brain, heart, spleen, kidneys, and other parts of the body.

The protein deposits can make it difficult for the tissues and organs to properly work. Without treatment, the protein build-up can lead to organ failure, the NHS said.

Musharraf was diagnosed with the condition in the United Arab Emirates in 2018.

Amyloidosis may be secondary to a different condition or develop as a primary one. Sometimes, the condition is caused by a genetic mutation. However, often the cause of amyloidosis often remains unknown.

Though there are some common symptoms, they vary depending on where the amyloid protein accumulation happens.

The general symptoms, as listed by the Johns Hopkins Institute website, include:

Amyloidosis diagnosis is hard as the symptoms are generic. The doctors take a small sample of the tissue from the affected part to understand the kind of Amyloidosis present. The treatment is conducted depending on the diagnosis.

There is no cure for amyloidosis. The deposits cannot be directly removed. However, there are some options that doctors can discuss.

Doctors can try chemotherapy, used to kill cancer cells or stop them from growing. A similar method can be adopted to stop the growth of cells making abnormal protein.

Another option is bone marrow transplant, in which healthy stem cells are taken from a patient’s body and infused back into the body to replace the unhealthy ones destroyed by chemotherapy.

Some medicines, approved by the US Food and Drug Administration, are often used to treat Amyloidosis.

Musharraf is a retired four-star general who became the 10th president of Pakistan after a successful military takeover in 1999. He served till 2008.