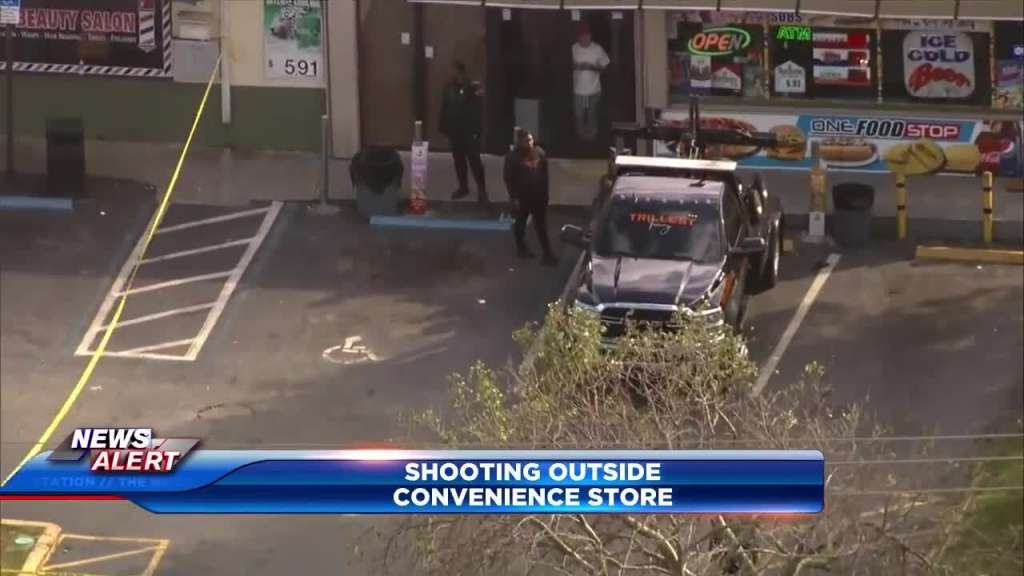 LAUDERDALE LAKES, FLA. (WSVN) – Bullets flew outside a South Florida convenience store, and now deputies are searching for a suspect.

Broward Sheriff’s Office deputies arrived to the scene in the area of Northwest 62nd Street and 19th Place, Tuesday afternoon, to find a man shot.

The shooting happened outside the One Stop Food convenience store, across from some apartments.

Witnesses described a chaotic scene, and no one seemed to agree on the exact number of gunshots they had heard.

Witnesses did agree that they saw a white car pull up to the store and a man on a bike pull up to that car before the gunfire ignited.

BSO has yet to confirm these details.

According to deputies, one person was shot.

7Skyforce hovered over the scene as deputies attended to the victim, as Fort Lauderdale Fire Rescue arrived to the scene.

The victim was eventually airlifted to Broward General Hospital.

A perimeter has been established in the area to search for the shooter, with Bailey Road as well as State Road 7 closed to traffic.