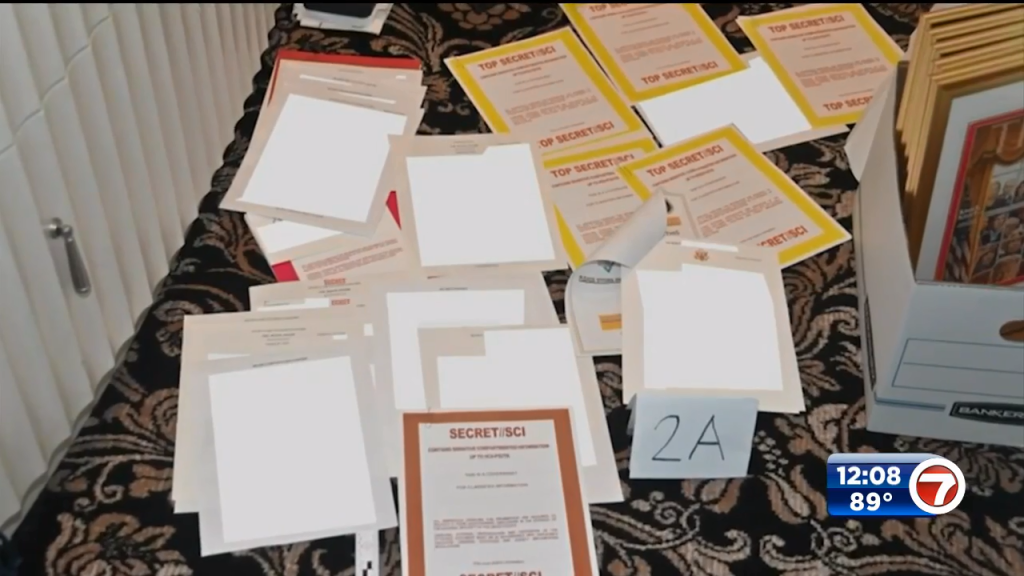 (CNN) — The Justice Department submitted, as part of the special master review of the Mar-a-Lago search, a slightly revised inventory of the materials seized in the search, along with an FBI affidavit indicating that the new inventory fully reflects what was taken.

The special master, Judge Raymond Dearie, had requested that the Justice Department submit an affidavit declaring whether the inventory captured a “full and accurate” picture of the search — a request that came after former President Donald Trump claimed, without evidence, that the FBI may have planted items during it.

“I am not aware of any documents or materials seized from the Premises on that date by the FBI that are not reflected in the Revised Detailed Property Inventory,” an FBI agent, whose identity was redacted, wrote in the new affidavit, “other than materials that the Privilege Review Team has not provided to the Case Team.”

According to the FBI, the agency had only a single business day to compile the first version of the inventory — filed several weeks ago — but has since had more time to review and catalog the list. The filing also noted that a review team filtered out potentially privileged material found after the seizure at Mar-a-Lago, which they have kept.

The agent said the revisions to the new list were “minor.”

According to CNN’s comparison of the two versions, the new version showed the same total number of documents marked classified as compiled in the previously filed inventory. The new version shows two fewer press clippings and two fewer empty envelopes with classified banners than the previous count. The revised inventory also shows a few dozen more government records without classified markings, out of the thousands that the FBI says it obtained in the search.

On Friday, Trump faces a deadline to submit to the special master descriptions of any seized items that he claims are missing from the inventory, or items that were included in the inventory that he says were not at the premises.