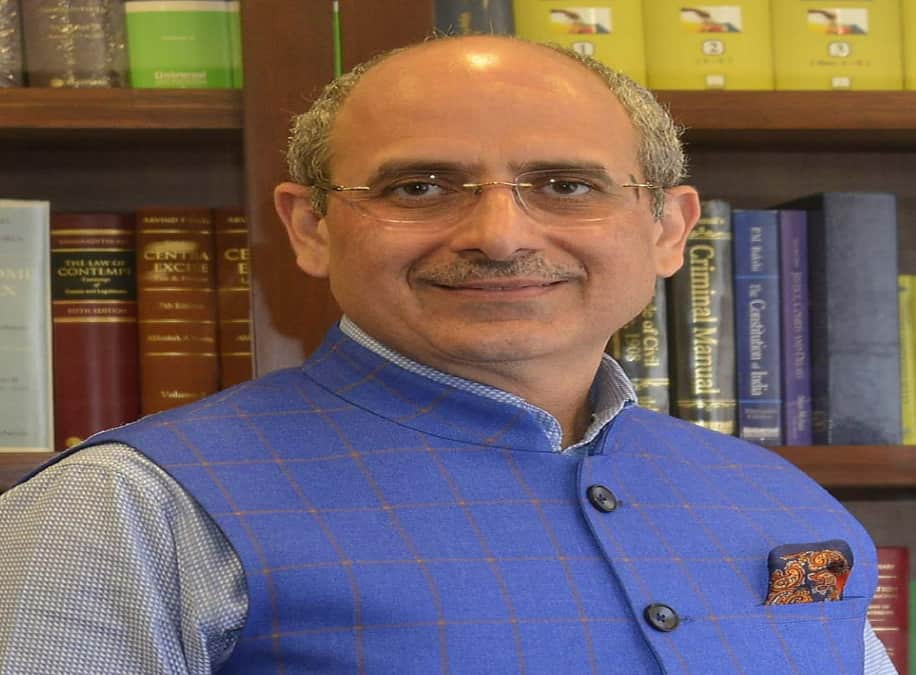 On the completion of eight years of power of the Narendra Modi government at the Centre, BJP spokesperson, Supreme Court lawyer and Additional Advocate General of Assam, Nalin Kohli spoke exclusively to Financial Express Online and opened up on a range of issues and challenges before this government. In this exclusive interaction, Kohli touches upon the government’s impact, its achievements, the controversies and also reveals the one quality which he believes makes Prime Minister Narendra Modi stand out from the many of his counterparts.

Here are the edited excerpts from the interview:

Q. When you look back at these 8 years in power, which are the three big achievements of this government?

Nalin Kohli: Financial inclusion, in a manner, as never seen before with 45 crore poor people opening zero-balance accounts, which today has become the means of ensuring that the beneficiaries get money in their accounts directly without any leakage, without any middlemen, and in time. The second is, getting every Indian vaccinated. In a time of crisis, the government reaching out to its masses in a gigantic exercise in the world’s largest vaccination programme is something that the even world acknowledges is no small achievement. International Day of Yoga – turning it into a global event which is growing from strength to strength every year is the third achievement I can think of.

How has the country changed in the last eight years in terms of governance and politics as compared to when PM Modi took over in 2014?

A: Prior to 2014, it used to be said that people not only cast their votes, but vote their castes. But, in the last 8 years, through crude implementations and targeted beneficiary programmes for all segments of the society, PM Modi’s government has created a new class of beneficiaries who vote after seeing the schemes directly transforming their lives in a huge way. There is a class of voters who are beneficiaries as well, that is changing the currency of politics.

What were the three biggest challenges faced by the Modi government in all these years? And, how have you overcome it?

A: In 2014, (there was) widespread corruption and scams, Indian global standings low and the economy no longer in the pink of health. Post 2014, working on these, we are on route to becoming $5 trillion economy pretty soon. Under PM Modi, India has had a robust foreign policy and holds its head high across the global forums. Since we live in a fairly hostile neighbourhood, with the risk of our defence forces needing to rise up to the occasion anytime, faster, robust decisions in terms of procuring armaments, munitions, and defence equipment have put us in a stronger position than ever before.

How would you define the impact this government has had?

A: Repealing obsolete laws was a huge task that this government had undertaken ever since it came to power– cutting down on unnecessary compliances and increasing ease of doing business. Creating an atmosphere for young entrepreneurs being able to take the benefits and becoming unicorns. Last month, India saw the birth of its 100th unicorn.

Unemployment, inflation and now, communal incitement are the key issues that are being flagged by the Opposition parties — they even plan to turn this into a poll issue for the upcoming Lok Sabha elections. What is your take on that?

A: These are the same set of arguments that the Opposition has used from Day 1 and they don’t stand on their legs once the facts are there. The Startup India programme has generated many entrepreneurs, who have in turn, employed several people. BJP will function on the report card of its work done and that is what PM Modi has been doing. The RBI is already calibrating the monetary policy to keep inflation in check. On communal tensions, those who make these charges on BJP have shut their eyes and ears to all the others who are not in the BJP an who make hate speeches and try to incite communal passions on a daily basis. Therefore, it is an agenda the Opposition has been trying to project from every election — from the municipal to the general elections — which the people has rejected repeatedly by voting for PM Modi’s government’s performance.

Would you call the rollback of farm laws as one of the biggest setbacks for the Modi government in the past 8 years? You lost an ally in SAD, not only did you lose the elections in Punjab but you also didn’t stand out as the principal opposition in the state.

A: It is worthwhile to compliment a prime minister who has his ears to the ground consistently — whenever the country has chosen a different direction, he has been willing to accept and follow that — that is an enormous quality, that one has not seen in many prime ministers before. The BJP has not walked out of the alliance. If they walk out, that is for them to answer. The BJP has maintained its alliance dharma.

There has been a major disconnect that has been projected between the Centre and the state BJP units, from the caste census in Bihar as opposed to the Centre’s stand, to the demand for separate states by BJP Bengal unit. What is your stand?

A: The party line on any issue is the same and is applicable for all individuals within the organisation. But at the same time, if someone has a separate view, they’re also entitled to it under Article 19 of the Indian Constitution.

What do you see as fresh challenges to India both internally and externally in the coming years?

A: Every challenge comes with an opportunity. The impact of any armed conflict between two countries has a wide footprint. While we are dealing with the Russia-Ukraine conflict, it has widespread ramifications beyond the region where the actual war is being fought. That is some challenge to navigate.

The shadow of COVID is not fully over. The third one is climate change. With rising global temperature, we see adverse events such as glaciers melting, among many others. In such a scenario, India, under PM Modi, has put out its clear stand and an agenda for change at the Paris Climate Change conference.