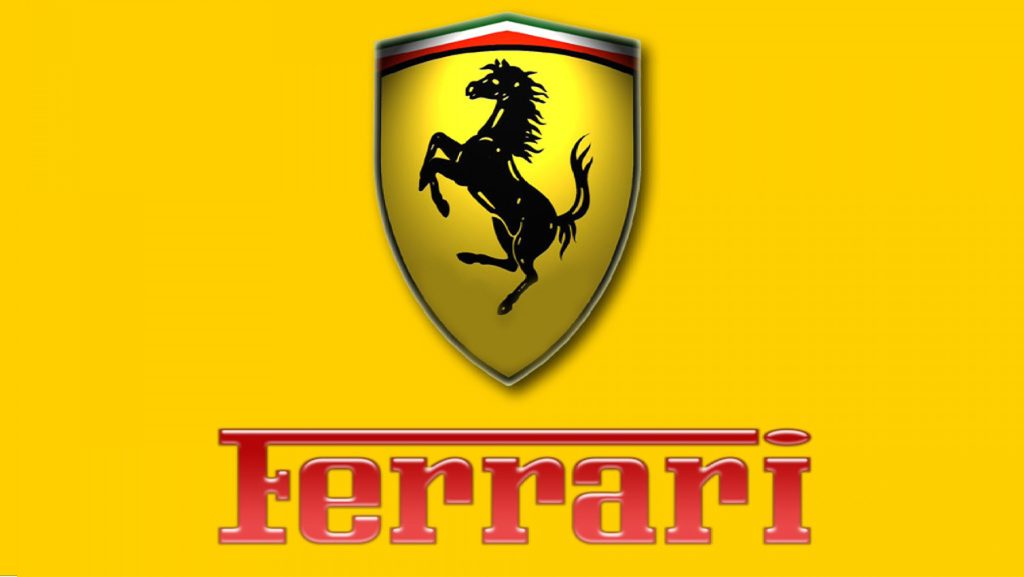 You may know it as the Prancing Horse, but to give it its full title ‘The Ferrari Cavallino Rampante’ has been traced to origins as old as 1692. The Museo del Marchio Italiano found a similar design on the regimental banner of the Royal Piedmont Regiment of the Duke of Savoy, Vittorio Amadeo II.

The marque’s eponymous founder Enzo Ferrari told the tale himself: the suggestion of putting the prancing horse on Ferrari’s race cars was made by Countess Paolina Baracca. On visiting her and Count Enrico Baracca, parents of famed Italian WWI fighter pilot Francesco Baracca, the Countess remarked that the prancing horse their son had painted on the side of his plane during the war would make a suitable emblem and good luck charm for Ferrari’s cars.

You may be wondering how Enzo happened to meet the Baraccas in person – he won it as a prize after victory in a race at the Savio circuit in Ravenna, Italy, in 1923. Records show that Enzo told this story only once Enzo, recounting how the horse was black, but the canary yellow background was his idea, chosen due to the fact it was his hometown Modena’s colour. Francesco Baracca had originally painted a red horse on his plane but it was later painted black by his squadron mates after Baracca was killed in action during the war.

The origins of Baracca’s (and thereby Ferrari’s) Prancing Horse has another version. The Museo del Marchio Italiano says the horse painted on Baracca’s plane was not a lucky symbol at all. It was not painted to honour fierce regiments of the past, nor was it a sign of Baracca’s own roots as a cavalryman in the Italian army’s Reggimento Piemonte Cavalleria (the modern heir of the Royal Piedmont Regiment). Instead, it was actually a kill symbol painted on the plane to represent Baracca, who had shot down a pilot from Stuttgart, Germany. Stuttgart’s crest depicted a similar prancing horse but unlike the historic Italian version (or the one shown on Baracca’s plane in the above photo), it had the same up-turned tail as today’s Ferrari badge. Interestingly, Stuttgart’s heraldic crest also features a bright yellow background, which matches the same horse on every Porsche badge.

The First Ferrari To Wear The Logo

Even more fascinating is the fact that the first car to wear the Ferrari-shield logo wasn’t even a Ferrari, it was an Alfa Romeo! Enzo Ferrari was a member of Alfa Romeo’s racing team, eventually getting a leadership role in the official works team for Alfa. Therefore, it was the Scuderia Ferrari Alfa Romeo 8C Monza that first wore the Ferrari shield for the 1932 season.

The first road car to wear the Ferrari badge was the Ferrari 125 S, with a 1.5-litre V-12 engine, arriving after WWII in 1947. It was at this time that Ferrari began building its first road cars. This was despite the fact that Enzo Ferrari wasn’t interested in road-car sales, but he begrudgingly began selling them to the public for road use for one reason: to fund his true passion, racing.

It was the Cavallino Rampante on a yellow background that they settled on in Ferrari’s early days, with the three colours of the Italian flag across the top. Since then Ferrari has evolved many variations of its logo, but all have kept those three key elements unchanged. The most recognisable changes have been to the horse itself, with small changes to details and to line thickness. Intriguingly, when you compare the first Prancing Horse with the most recent version, it reveals apparent changes in the horse’s mood.

“The horse’s mood” I hear you say? Yes indeed, it is prancing after all, a non-verbal communication of mood. Our subconscious anthropomorphic view of the famed horse, the lines and curves that define its eyes, nose, and mouth, leads us to detect a transition from a disgruntled horse (or even a furious one) rearing on its hind legs as a threat to another horse,  to one that’s rearing up as a sign of joy. Do you see that or is it just me?

Van Insurance: Essential Aspects to Consider When Buying a Van

What You Need To Know About Car Subscription Services

How to Restore an Old Car to its Former Glory

How to Choose the Right Truck to Tow Your RV