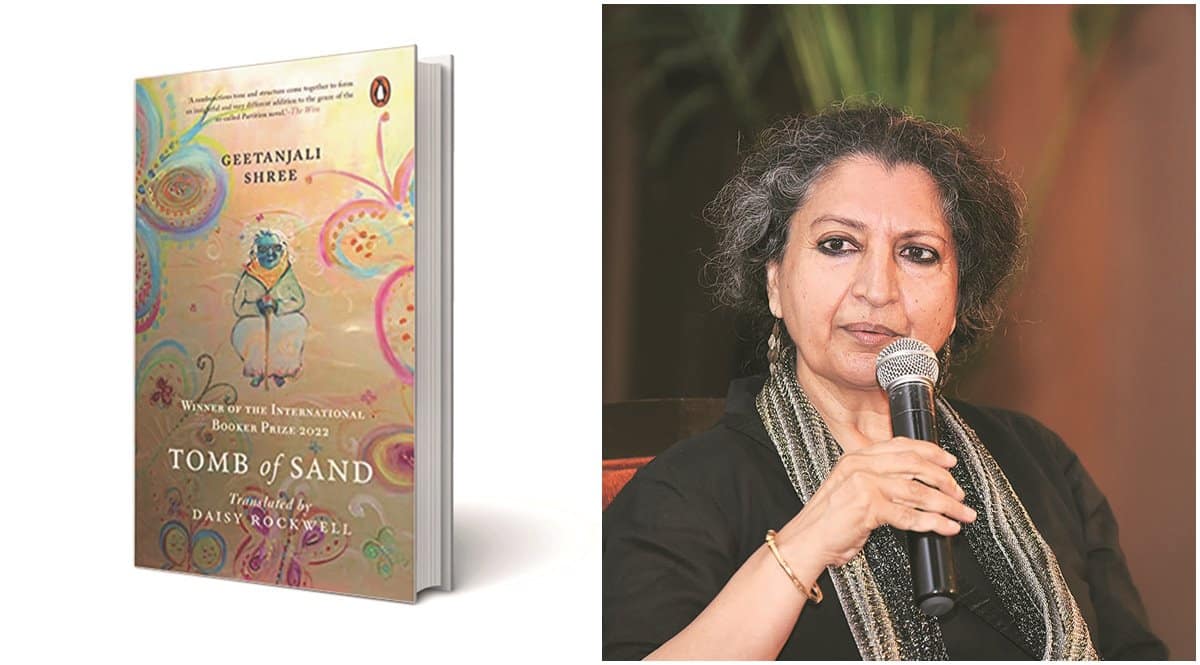 Clad in all black, Geetanjali Shree lyrically read out an excerpt from her International Booker Prize 2022 winner novel Tomb of Sand, a translation of Ret Samadhi into English by Daisy Rockwell. Her audience, spellbound by the rhythmically composed piece of literature, cheered for her. Geetanjali, in conversation with journalist Poonam Saxena, talked about her life after winning the Booker and the way forward.

When Saxena asked Geetanjali about her musical composition and the extraordinary use of language in her book, she said, “I don’t think I am experimenting with language for the sake of it. From my experience over the years and working with theatre, I think what I have learned is that language is an entity by itself. It is not just something to be used as a vehicle. Words have an identity of their own. It’s the power of language that really takes over and makes me write in certain ways. Language has that power and place in literature which people often forget about.”

Geetanjali also touched upon Indian fiction writer Krishna Sobti’s influence on her and her work. “The book celebrates Krishna Sobti’s style of life, women and age. She lived to the fullest,” said Geetanjali as she reflected upon the idea of an elderly woman who has no restrictions.

In the book, an octogenarian woman lies on the bed and stares at the wall. Geetanjali shares that when she was writing the book, she imagined the image of a woman who was tired of living. But that image stayed with her for so long that she started wondering if the old woman was just waiting for her death while staring at the wall or was her breath piercing through it to emerge free and into a new life. “And that is how from nahi, nahi the character starts saying nayi, nayi,” says Geetanjali. The author says that while writing she never thought about the reception it would get and that it took her seven-eight years to complete the book.

While introducing the discussion, Namita Gokhale, co-director of Jaipur Literature Festival, talked about the importance of literary translations. While applauding Geetanjali for winning the award, Sanjoy K Roy, managing director of Teamwork Arts, too noted the importance of translations and said, “Translation is important because it allows you to go beyond language, it allows you to explore different worlds, different philosophies, customs and traditions…”

The talk was organised at India Habitat Centre by Teamwork Arts, the producer of the Jaipur Literature Festival.