Is life on Earth’s twin planet Venus possible? Here’s what scientists found from its cloud composition 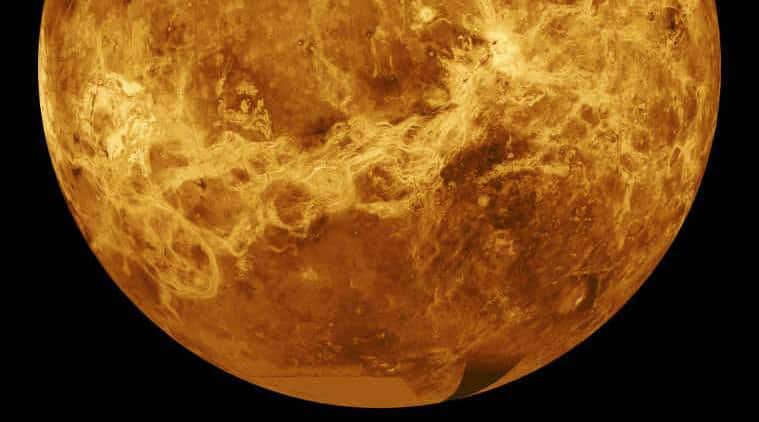 Is life possible in our neighbour planet Venus? A study conducted by researchers at the University of Cambridge concluded that there is no evidence of life on Venus. The paper, published in Nature Communications, also states that the planet contains no traces of microbes that can justify the chemical composition of Venus’ cloud

The researchers analyzed the various aspects of Venus’ cloud’s composition. They focused on the characteristics of its sulphur-rich atmosphere, which they believed could be the home of life. The team, which included Oliver Shorttle, Paul Rimmer, and Sean Jordan, also looked for fingerprints” that any potential cloud-dwelling organisms would leave from feeding and excretion.

Model chemical reactions in lab conditions were done to predict the chemical reactions that would occur in Venus’ atmosphere, which is filled with sulphur dioxide. It should be noted that the high concentrations of this gas in the planet’s clouds are near the surface but decrease with altitude. Earlier they hoped that the sulphur dioxide decreased with altitude as it was consumed by the microbes inside the clouds. But, after running the models, the researchers concluded that their hypothesis about the presence of life in Venus’ cloud did not work.

Sean Jordan, the study’s first author, said that the researchers found that the abundance of sulphur-based food in Venus’ atmosphere is not something that one would want to eat. However, it is the planet’s main energy source, and it could be used by life. He also noted that if life is consuming this food, the researchers would expect to see evidence of this in the form of chemical deposits in the planet’s atmosphere.

He further noted that if life is responsible for the high levels of sulphur dioxide in Venus’ atmosphere, it would have a huge impact on the planet’s atmospheric chemistry.