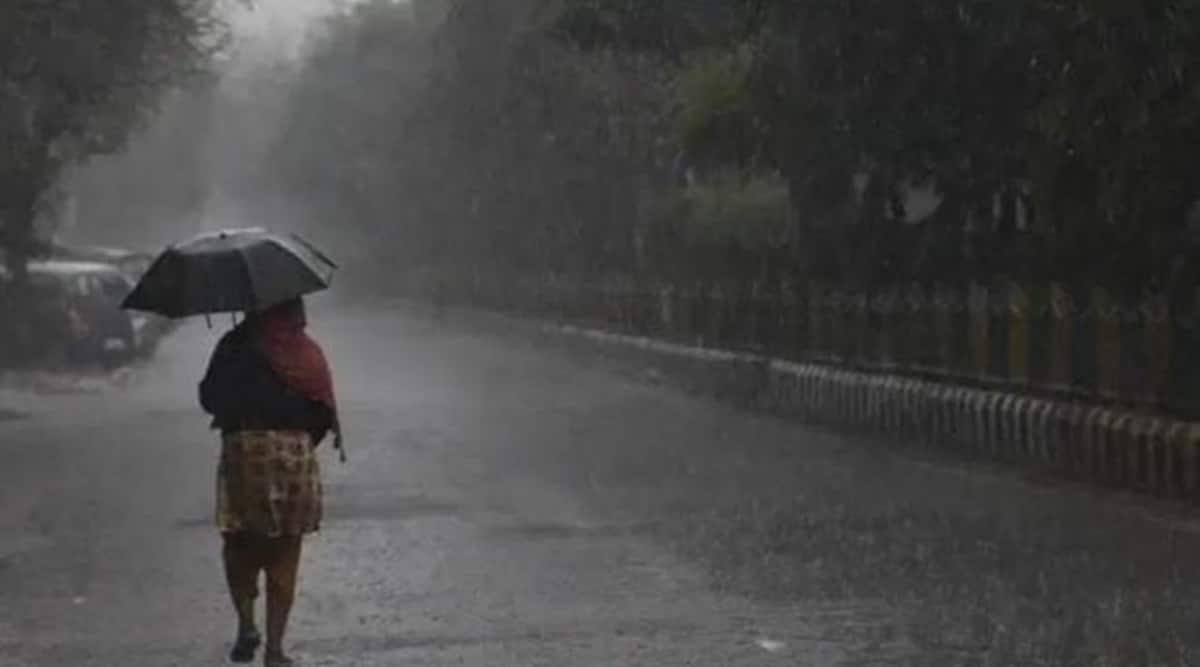 The weather office said 0.1 mm of rainfall was recorded in the capital between 9 am and 5:30 pm. The relative humidity oscillated between 83 per cent and 63 per cent. The IMD has forecast generally cloudy skies with light rain and thundershowers in Delhi on Monday.