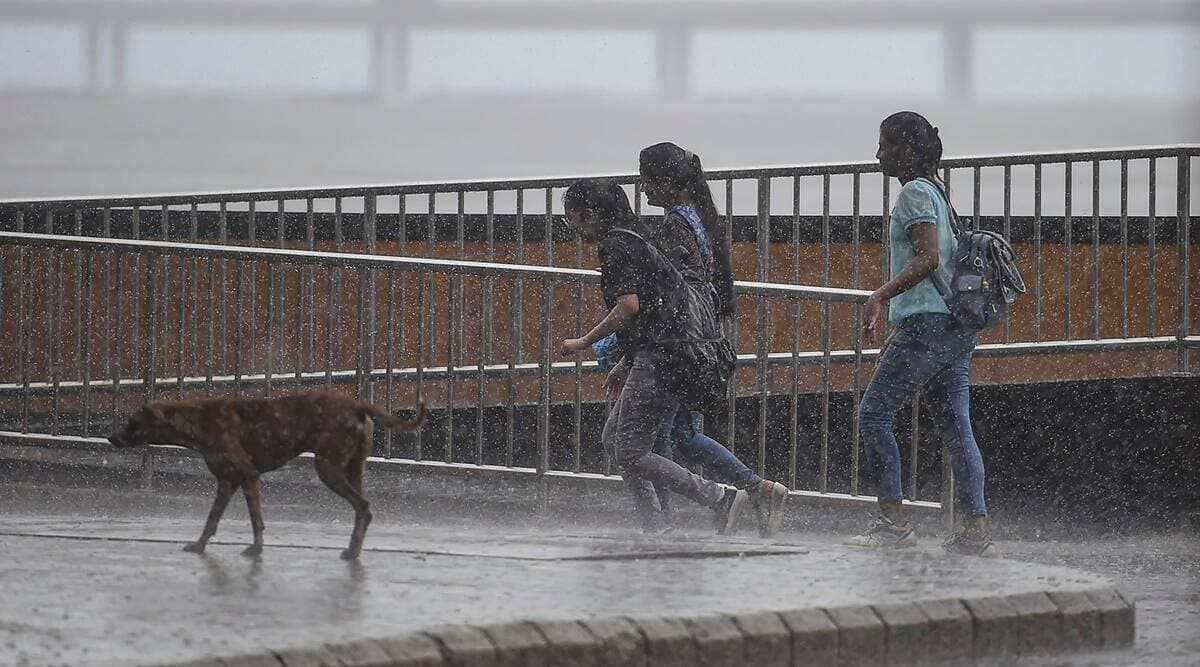 Maharashtra floods news: Heavy rain lashed at least 130 villages in three Maharashtra districts, leading to flooding and the evacuation of 200 people. The districts are all in the Marathwada and Vidarbha regions.

Vasmat taluka in Hingoli district recorded 150 mm rain in the 24 hours ending at 8.30 AM.

Some residents of two villages in Hingoli district and Hadgaon village in neighbouring Nanded district — located downstream on the Asana river — had to be evacuated, the officials said.

“The low-lying areas in Kurunda and Kinhola villages in Vasmat tehsil were badly affected,” he said, adding that 200 people had been moved to safety.

In the Konkan region, Parshuram ghat near Chiplun on the Mumbai-Goa Highway has been shut over fear of landslides, the department notice said.

In Ratnagiri district, located on the coast, Jagbudi and Kodwali rivers are flowing above the warning level and district authorities have urged people to take precautions.

The rainfall intensity in the Konkan, ghat areas of Madhya Maharashtra, and some regions of Marathwada will increase over four to five days due to a low pressure over Odisha and a cyclonic circulation, the India Meteorological Department said.

“Konkan, ghat areas of Madhya Maharashtra and Marathwada will receive heavy rainfall in next 4-5 days. It would be triggered by a low-pressure area over Odisha as well as a cyclonic circulation spread over 7.6 km,” the Met department said in a notice.

“The off-shore trough is spread from Gujarat coast to Karnataka coast. There is an east-west shear zone, which is contributing to the increasing intensity of the showers.”

The three regions received light showers as well as heavy rainfall in the last 24 hours.