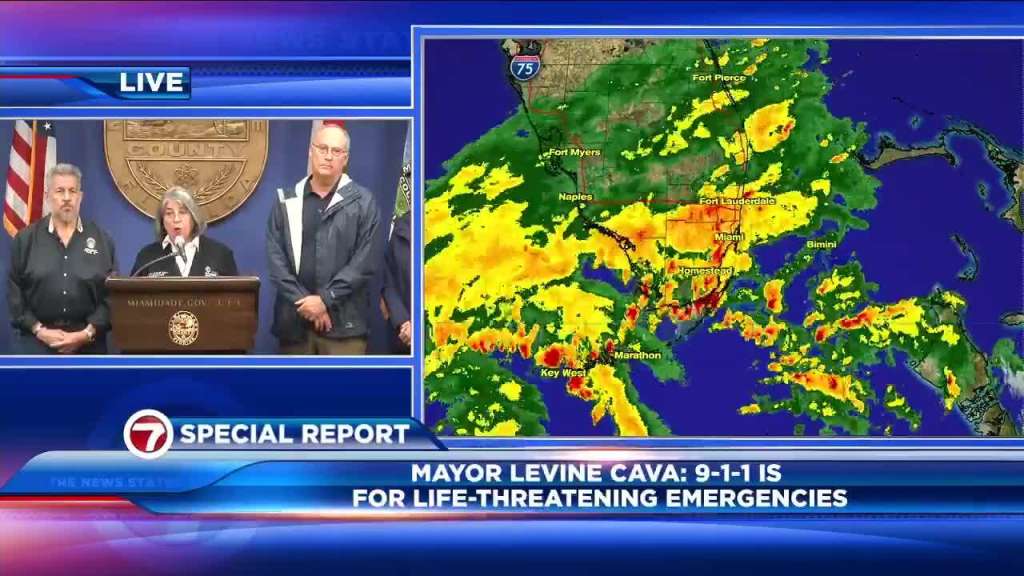 MIAMI (WSVN) – Miami-Dade County Mayor Daniella Levine Cava provide an emergency preparedness update on what residents in the area should do as Hurricane Ian makes its way towards Florida.

In a news conference Tuesday, Levine Cava said a tropical storm watch is in effect for portions of Miami-Dade County as well as a tornado watch countywide.

“Although Miami-Dade County is not in the cone of concern for Ian, this is a a major storm and impacts are expected well beyond the cone,” she said. “We are taking all necessary steps to prepare for inclimate weather including, rain, wind, flooding, and some of which began yesterday and continues today, and will continue tomorrow and through until Thursday. As of this morning, Hurricane Ian has been upgraded to a mayor category 3 hurricane as it heads over Cuba and continues to track towards Florida’s West Coast.”

Levine Cava added that Miami-Dade may experience tropical force wind with the potential for tornadoes in the area, which has prompted a storm surge watch for lower parts of Miami-Dade County. Those area are likely have flooding due to high tides.

An estimated 3 to 8 inches of rain is expected Thursday with risks of flash flooding and urban flooding along with gusts of tropical storm winds, which start Wednesday morning.

Levine Cava also mentioned how hide tides known as king tides, in conjunction with Hurricane Ian, could cause the potential for flooding across the community in low-lying areas.

Residents are urged to be vigilant and exercise a high level of caution.

Levine Cava said the Miami-Dade Department of Transportation and Public Works led inspections of local drainage areas to remove any debris that was obstructing those systems.

Non-essential services will be closed Wednesday and Thursday in an abundance of caution., which include libraries and parks.

In regards to transportation, transit and airports will remain opened.

“You can help, each and every one of you, to minimize impacts to our waste water system by keeping the manhole cover closed,” she said. “Do not pry them opened. This will minimize as well water usage in the morning and evening during heavy rain. Miami-Dade is already experiencing wind and rain, so if you don’t need to drive, it is safer to stay off the roads, and the roads are unfortunately quite crowded.”

She also said that people should only call 911 for medical or life-threatening emergencies.

Any weather updates on social media could be done by using #MiamiDadeWeather, which will help officials to track any areas that could experience flooding.

County crews will be on standby to aide with draining flooded areas as needed.

Levine Cava also warned people to stay away from downed power lines, to be wary of rushing water and to not stand or play in the water as there could be a risk of contamination.

For more flood information and updates, head to www.miamidade.gov/Ian.