MYN: A super-app with a difference 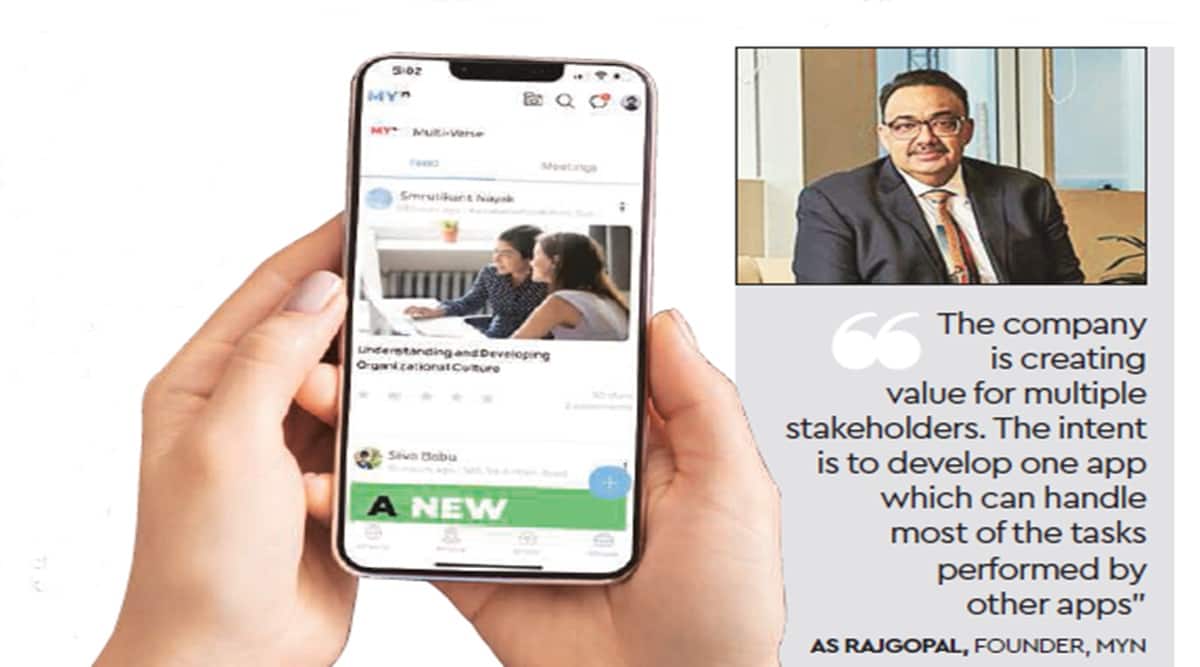 Imagine an app through which you could book a cab, order grocery from the local shop, and chat with your friends, all while watching a quick web series. Sounds like a lot? Well, that’s exactly what super app MYn wants to achieve, though with a unique take on user ‘privacy’.

“User behaviour has changed. Today, it is a no-brainer to tell a person that they can book a cab on a smartphone or buy something via an app. Our task is not to change user behaviour or educate users on utilities. We are taking a horizontal approach and creating value for multiple stakeholders,” said AS Rajgopal, founder, MYn. Rajgopal, who previously helped found NxtGen Data Centre and Cloud Technologies, stressed that the intent is to develop “one single app which can handle most of the tasks performed by other apps.”

The app has no ads, and even the maps platform used by it was built from scratch. The reason: MYn sees Google Maps as compromising user privacy. “We don’t manipulate user data. Targeted advertising actually manipulates user data,” he said, underlining that they don’t collect any user data. However, MYn does collect information such as name, KYC details, the device’s geographic location, the user’s photograph (if shared), address, topics of interest, relationship status, gender and date of birth. Many social media apps collect this kind of data, but the rub lies in how they store and keep it safe. MYn claims they are not sharing any data with advertisers.

“The phone number is never shared with anyone else, not even the person you chat with. We have patented a seven-character ID called MYnID through which all interactions happen. We don’t have a single database where we store even profile pictures,” he claimed, adding that all data remains encrypted. MYn has four sections, each targeting a different segment. There’s MYWorld which has a social feed experience. There’s MYTV which has content generated by creators, including web series, movies, etc; the equivalent of any OTT platform. Then there’s MYLocal, which has local stores, restaurants, and options to hail cabs and autos. Finally, there’s the MyOwn section – similar to WhatsApp, where users can chat with their friends.

“Currently, we have 10,000-plus taxis and autos in Bengaluru. We have 10,000-plus stores and aim to get to 3,50,000 stores. Users can buy products or services from our app. About 400 college students are acting as our brand ambassadors,” he explained.

According to Rajgopal, the company plans to get more retailers, cab drivers, etc. on board as it expands its services. Currently, the cab-hailing and local commerce options are limited to Bengaluru. “In Bengaluru, taxi drivers are actually asking customers to book their ride on MYn, since they don’t have to pay any commission. For the users, it’s a great benefit because there is no surge pricing,” he said.

Regarding content which is put out by creators on the app for consumption, such as web series, MYn said it is moderated for social acceptability, being rated “according to age.” The big challenge for MYn, however, would be to convince users to give up other apps and switch to its platform. Rajgopal is confident that the ‘privacy’ value offered by the platform will do the job. The company plans to expand its services to seven more cities by August.