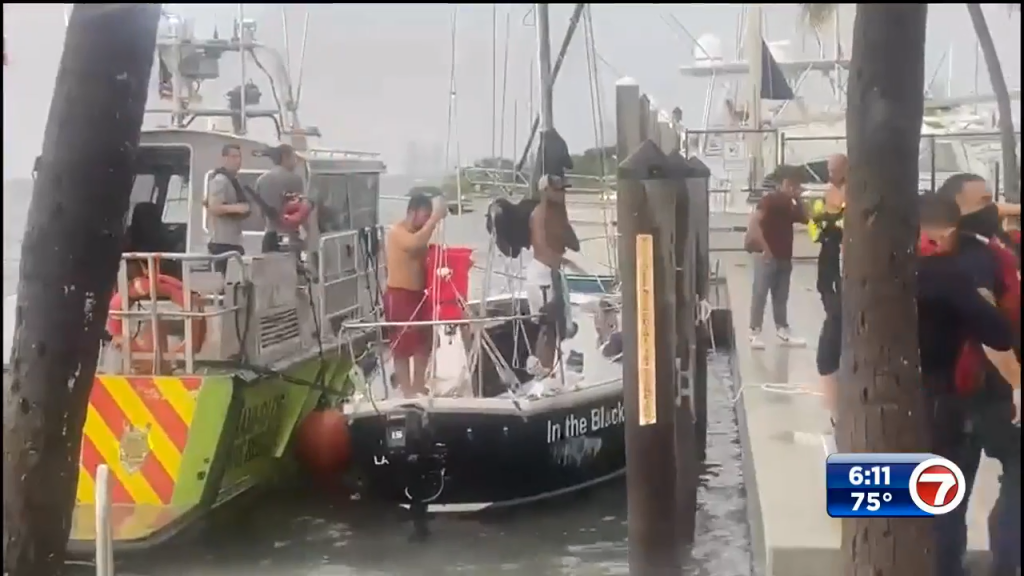 NEAR KEY BISCAYNE, Fla. (WSVN) — The weather caused an accident on the water near the Crandon Park Marina.

On Monday, Miami-Dade Fire Rescue dispatched their fire boat to an incident in which a sailboat reportedly struck the Bear Cut Bridge near Key Biscayne.

Four people were on board the sailboat when the crash occurred.

The occupants were able to make it to Crandon Park Marina with officials.

The boat sustained visible damage, with a lot of scrapes and dents, but it is still working.

Officials told 7News the weather is what had caused the boat to go under the bridge.

Miami-Dade Police officers were also at the marina tending to the group.

No one was injured in the crash.

The group has since detached from the dock and are back at sea.