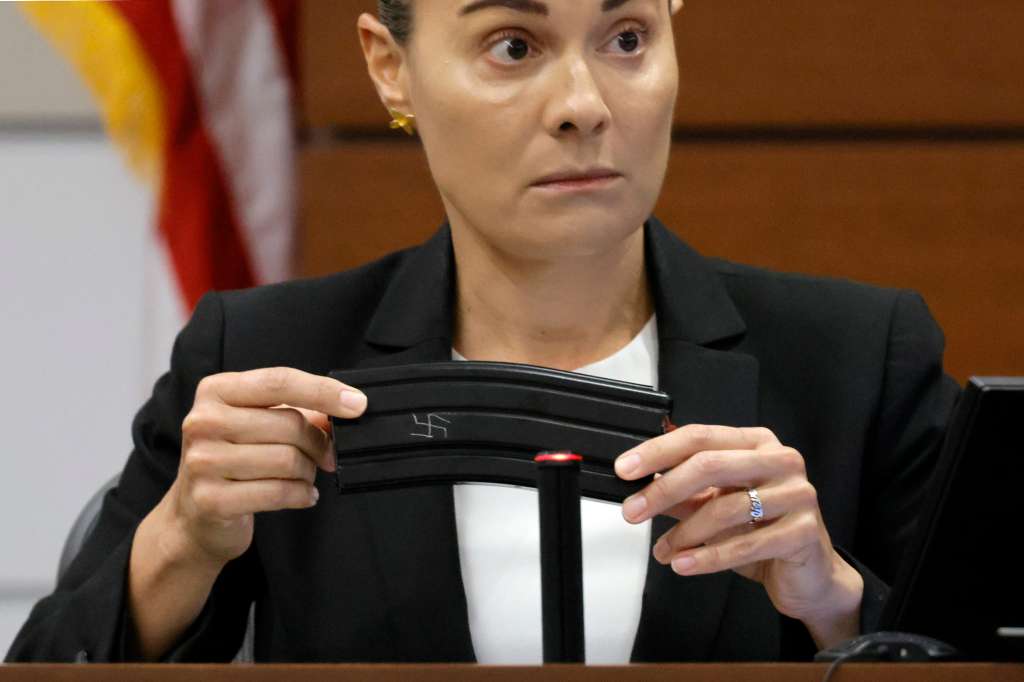 FORT LAUDERDALE, Fla. (AP) — Prosecutors in the penalty trial of Florida school shooter Nikolas Cruz began their rebuttal of the defense case Tuesday by showing the jury swastikas he drew on a gun magazine and his boots, his online racism and misogyny and his online searches for child pornography.

Prosecutors are trying to show that Cruz’s murder of 17 people at Parkland’s Marjory Stoneman Douglas High School four years ago was driven by antisocial personality disorder — commonly known as being a sociopath — and not fetal alcohol spectrum disorder as the defense contends. Cruz, 24, pleaded guilty last October to the Feb. 14, 2018, murders — the trial is only to decide whether he is sentenced to death or life without the possibility of parole.

Prosecutors said their mental health experts will testify Cruz’s use of such grossly racist and sexist language is a symptom of antisocial personality disorder. Five of Cruz’s 12 jurors are women and seven identify as racial minorities. For Cruz to get a death sentence, a unanimous vote is required.

Broward County sheriff’s investigators testified Tuesday morning that two swastikas were drawn on the magazine found inside the AR-15-style semiautomatic rifle he used in the massacre. The Nazi symbol was also drawn on one of his boots.

Detective Nick Masters, an online investigator, then testified about racist and sexist searches and comments Cruz made starting about eight months before the shootings. Circuit Judge Elizabeth Scherer only allowed prosecutors to present a fraction of the searches and comments Cruz made, saying more would be excessively prejudicial. There is no contention that Cruz specifically targeted girls or minorities. Six of his victims were girls and four were racial minorities.

Jurors were told Cruz searched for how to buy a Nazi flag, for information on Adolf Hitler’s birthday and how to get a swastika tattoo. He wrote “the Nazi party will rise again.” He made searches and comments using a racial slur directed against Black people. He wrote that he punched his widowed mother and called her a slur used against women. He wrote that “women are less important than a dog.”

Masters showed several graphic searches Cruz made for child pornography. He also made comments extolling animal abuse, saying he had killed 12 cats and wrote, “I am glad when animals die. It makes me happy.”

During cross-examination, Cruz attorney Nawal Bashimam asked Masters about other searches Cruz made such as how to get a girlfriend, how to deal with loneliness, how to find mental health treatment and “How do I help myself with these bad feelings?” Masters said he had seen some of those.

During their case, Cruz’s attorneys tried to show how his late birth mother’s alcohol abuse during pregnancy put Cruz onto a lifelong path of erratic, bizarre and often violent behavior that culminated in the shootings. They also tried to show that his adoptive mother, Lynda Cruz, became overwhelmed after her husband died when Cruz was 5. She died less than three months before the shootings.