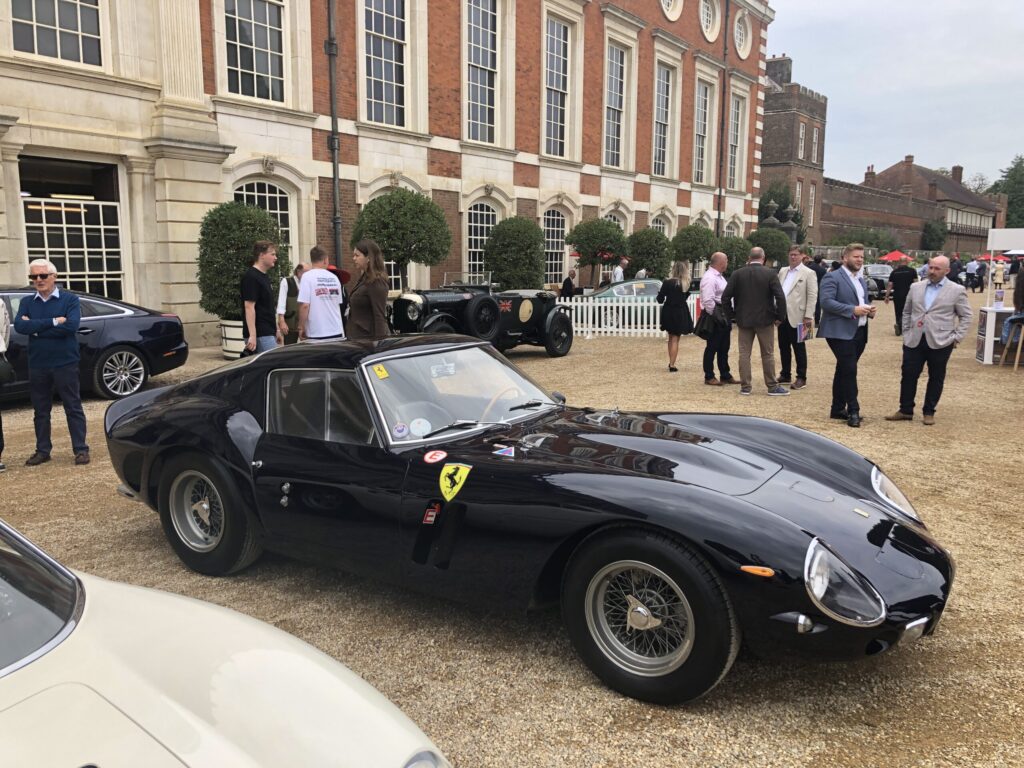 Of all the many legendary Ferraris, without question the most iconic is the 250 GTO.  Designed to take the fight to the AC Cobra, Jaguar E-type and Aston Martin DP214 in Group 3 GT racing, the car harnessed the talents of golden era Ferrari engineers such as Giotto Bizzarrini and Mauro Forghieri.

Though the car largely used tried and tested mechanicals, Bizzarrini employed the latest research from wind tunnel testing at Pisa University to craft a shape to beat the world’s best.  Rendered in aluminium by Scaglietti, the 250 GTO weighs between 880kg and 950kg, and is powered by a mighty 3.0-litre Colombo V12 producing 296bhp, sourced from the 250 Testa Rossa Le Mans victor.

This particular car is chassis 4219GT, which was originally sold to Mamie Spears Reynolds, the daughter of former USA senator Robert Reynolds and Evalyn McLean Roberts of the McLean mining company, which once owned the Hope Diamond. Luigi Chinetti not only sold the car, but gained a daughter-in-law- his son, Luigi ‘Coco’ Chinetti Jr, married Mamie in July 1963.  The car duly won that year’s Daytona 3-hour Continental with Pedro Rodríguez behind the wheel, and finished fourth in class and 13th overall at the ’63 Sebring 12 Hours with Joakim Bonnier and John Cannon driving.

Mamie’s ownership didn’t last long (neither did the marriage to Coco, which was over by 1965), with Buick and Ferrari dealer, Beverly Spencer, purchasing it in May 1963. He changed the original Rosso Cima paintwork to white with blue centre stripes, as he campaigned the 250 GTO as part of the North American Racing Team (NART).  The car was driven by Frank Crane at Laguna Seca, Pacific Raceway and Candlestick Park Raceway, notching up a podium and a class victory along the way.

By the end of 1963 Bev Spencer put the car up for sale again, advertising it for $14,000.  George C Dyer Snr of Hillsborough, California, bought the Ferrari early the following year and hung on to it until January 1993, when the current owner, a Mr Brandon Wang took stewardship.  Since then it’s been a regular at the Goodwood Festival of Speed, Tour de France Auto and Pebble Beach Concours.

10 Rare Cars that stood out at London Concours 2022

Our favourite photos from the Classic Motor Show 2022

Win a pair of tickets to Race Retro 2023

Who Pays If Your Friend Crashes Your Car