The Emerald Island in red: Security challenge for India 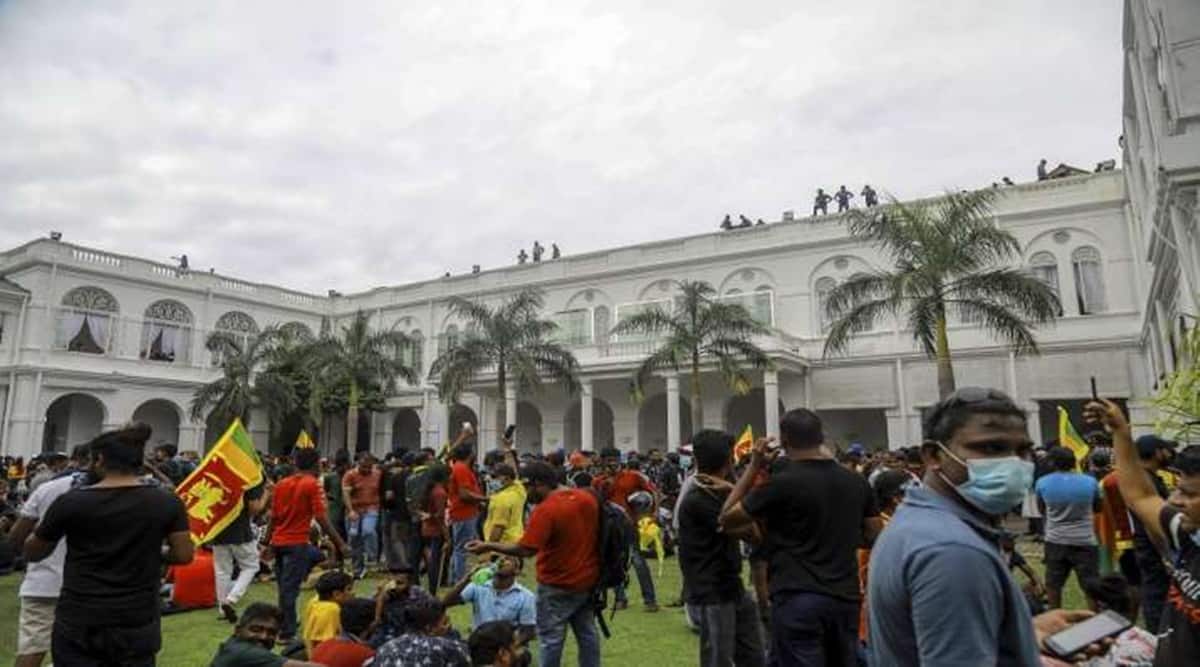 “Sri Lanka, the Emerald Isle, is excruciatingly balanced on a razor’s edge of democracy and mobocracy; with seemingly only its security infrastructure preventing its plunge from fiscal red to blood soaked red of civil strife.” – Veteran Col RS Sidhu

The first interesting facet of Sri Lanka demography is that the dominant Sinhala ethnic group comprising just fewer than 75% of the population, and the largest ethnic minority the Tamils comprising 18% of the population, have both migrated from India over the centuries. Around 5% of the current Tamil population was initially brought in by the British colonialists in the 19th century to work as indentured labour on the plantations, and is deemed to be stateless.

The second feature is the Buddhist religion professed by the majority Sinhala, and Hinduism practiced by the minority Tamils have also originated from India. Nevertheless, the Sinhala have over time developed their own culture and proud identity, whereas the Tamils have continued to maintain affinity with their ethnic counterparts in South India.However it may also be averred that this factor also complicates the demographic divide within Sri Lanka. The 18 million Sinhala subconsciously identify the 4 million Sri Lanka Tamils as being part of the 76 million Tamil fraternity in India, and hence look at them as a potential threat.

Out of the nine provinces of Sri Lanka, the Tamils are in overwhelming majority in Northern Province, comprising Jaffna peninsula, Mullaitivu forest region, Vavuniya region, and Mannar peninsula. In Eastern Province, comprising Trincomalee, Batticaloa, and Amparai regions, the Tamils are the largest ethnic group, closely followed by the Moors and Sinhalese. The ethnic chasm gets further sub-divided into the religious rift of Hindu and Muslim Tamils, Muslim Moors, Buddhist and Christian Sinhala.

Thirty five years after the signing of the Indo Sri Lanka Agreement of 29 July 1987, the bilateral relations between the two neighbours are against the same cross road, but with a difference in mutual expectations. In 1987, it was a dominant India which pushed for strategic intervention by its armed forces for peacekeeping operations in a reluctant Sri Lanka, a country having an established governance organisation, an effective security infrastructure and yet rife with ethnic, linguistic and communal fervor. In 2022, it is an economically beleaguered Sri Lanka, faced with an open collapse of its avaricious governance structure, devoid of revenues to pay for even daily essentials, which is pulling a reluctant India for financial intervention to pull it out from the fiscal morass of its own making that the island nation has fallen into.

Before delving into what the crisis portends for the future course of the bilateral relations between the two close neighbours, it’s essential to understand the key aspects of the gravity of the economic situation that Sri Lanka finds itself in.

(All figures quoted are in US Dollars, unless otherwise specified)

Government has no foreign exchange to buy energy, food is scarce, medical supplies are low, schools and colleges are closed, power cuts have been enforced impacting commercial productivity, commercial production has halted leading to loss of family income, major urban centres are aflush with street rioting, and the very legitimacy of the government has been undermined rendering it ineffective.

Sri Lanka, with an economy valued at 80 billion, is holding a total external debt of 51 billion, of which it has to repay 7 billion every fiscal year for the next four years. It has already defaulted on 78 million external debt. With a meagre 50 million foreign currency reserve holding, it is unlikely to be able to meet its debt servicing obligations to foreign creditors.95% of government revenue will go towards only debt servicing.

The problem is likely to be further aggravated as its import bill exceeds its exports by 3 billion annually, popular annual tax cuts have reduced revenue collection by 1.4 billion, tourism industry accounting for 1/10th of GDP is now down to under 1% of GDP, there’s 50% drop in food grain production, and earnings from tea and rubber exports are heavily reduced.

The government in an attempt to cover its deficit has printed additional currency valued at near 400 billion Sri Lanka Rupees, causing inflation soaring to above 54% and further assessed to cross 70%. Sri Lanka rupee is currently trading at 350 per US Dollar, resulting in61% reduction in official foreign remittances.

Rising world prices of energy, chemical fertiliser, and food will cause a rise in import bill, whereas the government revenues shall be further depleted due to decreased domestic production activity,leading to decrease in exports and further increase in external debt.

All financial and political indicators point to the governance and economic crisis of Sri Lanka deepening even further and getting prolonged. Only substantial foreign financial assistance shall enable it to avoid becoming a failed state.

Negotiations for 3 billion International Monetary Fund bailout package and World Bank aid of 600 million, being negotiated by the government, will come with a package of austerity measures, raise in interest rates and taxes. This will impact government freebies that will further fuel social unrest.

The ensuing cycle of violence adversely impacting revenue generation activities, leading to greater external debt, furthering more social unrest, is likely to continue to feed on itself for the foreseeable future.

The current loss of credibility of the government, followed by rampant street violence, has created a political void which will hamper fiscal negotiations with international financial institutions and countries. Political situation is not conducive to take hard fiscal decisions needed to rescue the situation.

Currently, the security infrastructure is the only arm of the government which is standing between a semblance of governance and complete anarchy.

India and Sri Lanka have serious differences on the latter stalling progress on meeting the legitimate concerns of discrimination by the minority Sri Lanka Tamils. Maverick Tamil politicians are already calling for intervention by India in Sri Lanka to mitigate the sufferings of Sri Lanka Tamils.

However, this is not the right time to pursue these concerns. There’s no credible government in Sri Lanka with requisite political capital to negotiate this volatile subject. Concessions, if any, made by Sri Lanka will only exacerbate the ethnic divide and result in the government losing its political legitimacy with the Sinhala majority. A revisionist political hierarchy may come to power in Colombo which may undermine such an accord.

India’s interaction with Sri Lanka needs to be handled with tact and maturity. Towards that end, India’s announced aid of 3.8 billion US Dollars, including 44000 tons of urea, and 25 tons medical aid, is an excellent beginning.

But India needs to monitor the internal security situation within Sri Lanka carefully. It would be worthwhile to maintain a discrete link with the Sri Lanka security establishment to influence the street violence, hitherto an urban phenomenon directed against the government, from spilling into country wide ethnic conflagration.

The domestic public and political opinion within Tamil Nadu too will have to be handled with due sensitivity. Attempts at sectarian aid by NGOs need to be handled firmly and discouraged. All aid should be routed through the Sri Lanka government or UN aid agencies network.

Potentially emerging scenarios within Sri Lanka should be brainstormed and appropriate responses to them formulated accordingly. A scenario may arise wherein the beleaguered government of Sri Lanka may approach India for assistance in maintaining law and order. Such a request should be discreetly considered only under the framework of an all political party consensus or as part of an UN / International Security Assistance Force. Even then, deployment of an Indian armed contingent should be in conjunction with Sri Lanka security forces, and for a specified duration of time or managing events.

(The author is Sena Medal is a veteran of ‘Operation PAWAN’, the Indian Peace Keeping Force military operations in Sri Lanka. He is a post graduate in History from Delhi University and his write-ups on strategic affairs have been published in magazines and journals of repute, and can also be accessed at his blogspot valleysandvalour.blogspot.com . He is also the author of three books, ‘Success from Being Mad’ on entrepreneurship ventures by veterans, ‘Elephant on the High Himalayas’ on India China discourse, and co-author of ‘Ladakh Through The Eyes of Whimsicals’ a picture book on a motorcycle odyssey by four veterans to the remote peripheries of Western Himalayas and the Great Karakoram in Ladakh. Views expressed are personal and do not reflect the official position or policy of Financial Express Online. Reproducing this content without permission is prohibited).